Many developers and investors interested in building Web3 gave up on building on top of Bitcoin years ago, assuming that its limited throughput, high latency, and conservative programmability made such development impossible. Indeed, this is precisely what led to the birth of Ethereum, and a plethora of Web3 platforms (e.g. Arweave, Cosmos, Polkadot, Solana, Near) that developers are leveraging today. These new platforms offer functionality that has been considered to be impossible on top of Bitcoin... until now.

The Lightning Network is viewed by most as a decentralized, permissionless Visa network for Bitcoin, bringing high throughput and low latency payments to the network. This is easy to grasp, but there is more to the story. The Lightning Network also provides more advanced programmability thanks to two recent technical developments:

As described in the 2015 paper, the Lightning Network facilitates bidirectional payment channels chained together using HTLCs. If that doesn’t mean anything to you, I recommend Radar’s ION Wiki as a great resource to get up to speed.

In the five years since its proposal, the Lightning Network has grown at a rapid pace. There are three major client implementations: lnd from Lighting Labs, eclair from ACINQ, and c-lightning from Blockstream. The live network has an estimated 6,500 nodes, 60,000 channels, and 1,070 BTC of capacity (~$9M). Lightning Networks startups raised ~$40M in 2019, and mature businesses like Bitrefill and Bitfinex are utilizing the technology in production.

As a point of evidence in how fast this ecosystem is progressing, let’s consider one of the remaining UX hurdles for the ecosystem: user onboarding—i.e., how quickly Alice can:

To solve this problem, Bitrefill pioneered Thor channels, which allow users to purchase a channel of BTC and transact before it has been confirmed on-chain. New solutions like Zap’s Strike, and Escher App have lowered the fiat-to-BTC barrier from 24 hours to 15 seconds, requiring only a one-time KYC check and a couple clicks. Sats-back reward offerings like Fold, Lolli, Blockrize and Pei launched to make this even easier by letting users passively earn BTC. Gaming companies like Zebedee, Satoshis.games and Thndr Games are pushing the envelope even further by letting users earn BTC in-game and then immediately withdraw it to their wallets to be spent elsewhere.

All of these launched in the last year. I highlight them to stress that developer toolsets are already generally available today. Companies are building products with them, onboarding users, and solving real pain points today. Future protocol upgrades (e.g. Taproot, which enables PTLCs, and Eltoo, which enables Channel Factories) will further improve user privacy and lower total system fees, but should not require new tooling for developers to work with. The tooling is ready to go.

With the core toolset described above, the Lightning Network can become Bitcoin’s Visa.

But the Lightning Network can be more than that; it can provide the foundation for Web3 development. These next two emerging technologies allow for that market expansion.

One of the interesting quirks about the Lightning Network is that, unlike on Bitcoin’s base layer in which address reuse is discouraged, each node in the network must have a persistent identity because each node maintains persistent channels. That identity is a randomly generated public key that can be untethered from the user’s real world identity. Users don’t have to trust a third party to manage these identities; they are self-sovereign.

Web3 developers should already understand how a self-sovereign identity schema will dramatically alter the balance of power on the Web over the next 10 years. Multicoin’s Web3 Mega Thesis is “the unbundling of data and application logic.” Self-sovereign identity and payments allow for the first step in this paradigm shift: a strong decoupling of authentication and payment logic from application logic. Developers can use these tools to finally build and monetize applications that do not require each user to set up a profile first.

Image 1: I don’t know exactly what new UXs this will enable, but I know they’ll be important.

Of these tools, LSATs are the most critical for Web3 developers. LSATs can be utilized to build a self-sovereign user login flow that’s identical to Oauth2 schemas, but without the trusted third party.

For those unfamiliar with Oauth2, here’s a brief primer. There are subtle but very important differences between this paradigm and the status quo (usernames and passwords). Web standards bodies have come to agree that requiring unique passwords across each site is not user-friendly and prone to password re-use, and are encouraging developers to move to an authentication-token standard.

When users click “Sign-In with Google” to log-in to a website, users initiate the OAuth process shown above, in which authentication tokens replace usernames and passwords. This is much more user-friendly than requiring usernames and unique passwords across every website. However, the cost of this user-friendliness is that Google owns users’ online identity. They track which websites users log-in to, and have the power to refuse to authorize users’ access request.

Using LSATs on the Lightning Network, users can self-authenticate to web services and peers using sovereign secret keys with a UX that’s comparable to signing in with Google. This will have enormous implications for user privacy, and is a critical enabling piece of infrastructure for the unbundling of data ownership and application logic.

The Sphinx.Chat team and the Tierion team are both leveraging persistent, self-sovereign identity using the Lightning Network today:

Another interesting quirk about the Lightning Network is its similarity in construction to Tor, the anonymity network.

Using TLVs combined with Keysend, the Lightning Network becomes an incentivized, onion-routed data network. This means that any Lightning Network node can attach arbitrary data to a payment and send it over the network, ensuring it pays its way to its destination using a private path.

Because of the third point, surveillers can run >50% of the Tor relayers for a relatively low cost. This has always been Tor’s Achilles Heel. There are about 6,000 Tor relays online today, all run by self-funded hobbyists or enthusiasts funded by various foundations.

There are already more Lightning nodes online than Tor relayers, some of whom are starting to become profitable solely by relaying payments. As traffic and network fees grow, node count will grow, and so the cost of owning >50% of the network will grow as well. This is a big deal.

Today, in its infancy, the Lightning Network provides a worse data layer than the Tor network. But as it matures it has the potential to provide a more private, more decentralized, and more sustainable data layer than the current state of the art. Like persistent, self-sovereign identity, a private data layer should be a crucial tool for Web3 developers looking to unbundle data ownership and application logic.

Putting It All Together

While the Web3 community has long had a vision for what end-user applications look like, they have never had the tools to build this future. The Lightning Network provides Web3 developers with three core new tools:

With these new primitives, developers can finally start building applications that strongly decouple authentication and payment logic from application logic. Brand new online experiences will come of this, with micropayments for one-time paywall busting (no login or subscription required) as the lowest hanging fruit.

Messaging applications on the Lightning Network like Whatsat, Sphinx.Chat, Shockwallet, and Juggernaut are a very interesting first attempt. Telegram, Signal, Kik, Line, Klaytn, and Whatsapp have raised billions of dollars to embed native cryptocurrency payments, validating the market for messaging-enabled micropayments. However, these incumbents are employing a top-down strategy to build a monetary network effect with their existing distribution. Lightning messaging apps will take a bottom-up approach that inherits Bitcoin’s global liquidity and cryptocurrency payments for free.

It will be very interesting to see which approach wins. In his seminal essay Why Decentralization Matters, Chris Dixon argues that centralized platforms inherently transition from providing value to extracting value from their respective ecosystems. These centralized messaging apps (Telegram in particular) have been friendly to third-party developers so far, but why should they trust that this time is different? Web3 developers should seek to build on an open, interoperable, permissionless standard, instead.

If you’re a Web3 developer interested in utilizing these new tools, please reach out via email (lightning at multicoin.capital) or via Twitter DMs.

Disclosure: Multicoin Capital is long BTC and has invested in Torus. 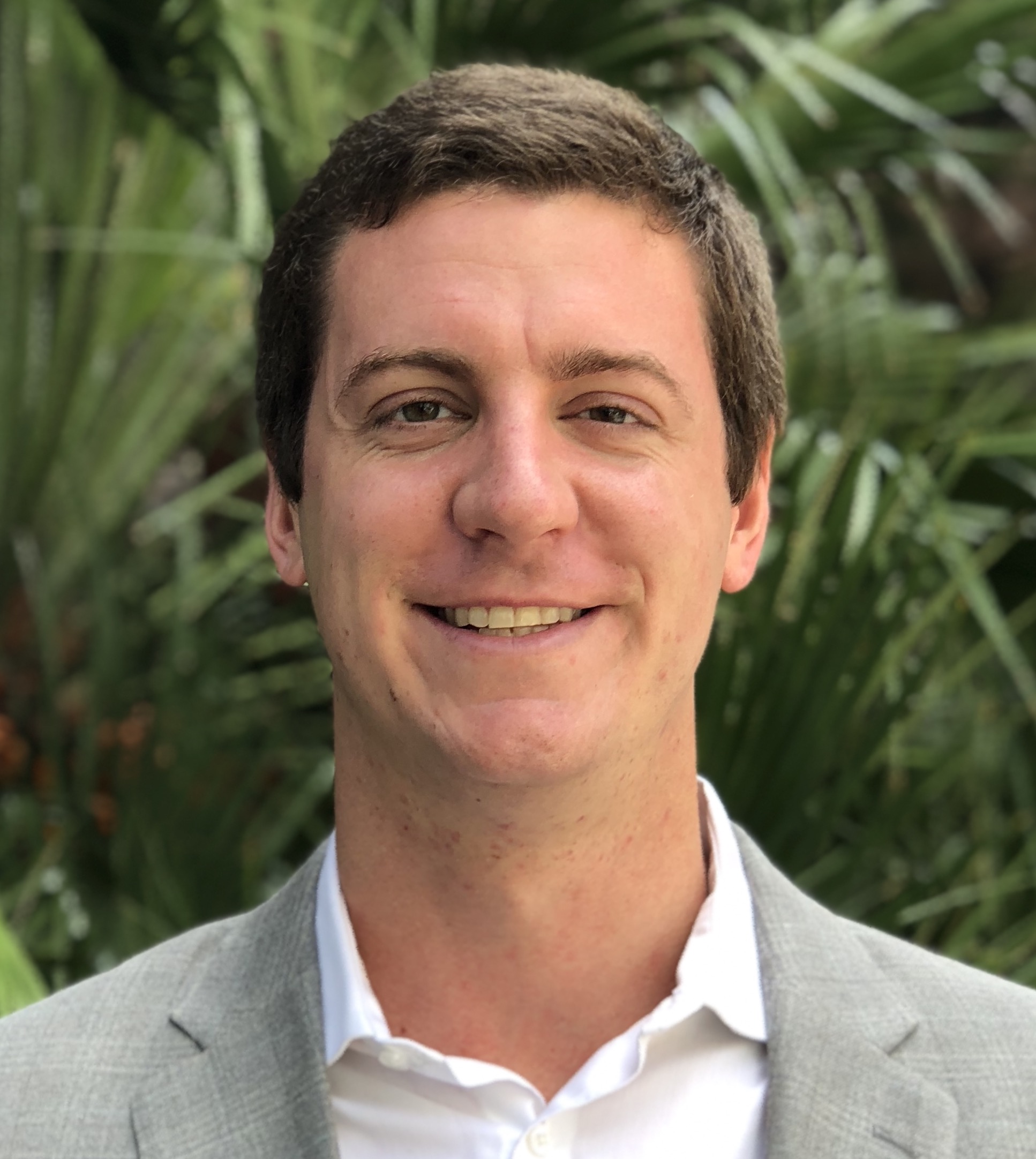