This essay is a spiritual successor to On Value Capture at Layers 1 and 2. It also builds on some ideas from On Forking DeFi Protocols.

In those essays, we explored potential value capture mechanisms for both Layer 1 (e.g. BTC, ETH, and SOL) and what we at the time called Layer 2 tokens. In retrospect, this was a misnomer; at the time we were referring to application layer tokens—e.g. MKR, UNI, and AAVE—as opposed to Layer 2s such as Starkware, Matter, Aztec, Optimism, and Arbitrum.

We have since refined our thinking around value capture for application layer tokens. As such, we’ve developed new frameworks in this post regarding a DeFi token’s ability to capture value.

In On Value Capture at Layers 1 and 2, we argued that the only way a DeFi token can capture value is if it manages unforkable state.

A simple way to understand unforkable state is to compare Uniswap and 0x.

If Alice forks Uniswap V2 tomorrow and creates Multiswap, Multiswap will have $0 of liquidity while Uniswap will retain billions that are already there. That TVL is what we referred to as unforkable state.

More capital in the Uniswap AMM means lower slippage for takers, and thus a better experience for traders.

There is, of course, some off-chain state that the 0x protocol has accumulated over the years that 1y protocol would lack. These include integrations with other DeFi products like DEX aggregators, wallets, relayers, etc. But the DeFi ecosystem adapts quickly, forking has become socially acceptable, and many forks are adopted by third party applications.

The general problem with the framing we previously proposed around managing unforkable state is that it’s useful for evaluating “protocol defensibility,” but it doesn’t justify value capture for the token itself. This essay attempts to answer the question: “Can this token justify value capture and fee extraction?”

There are two kinds of DeFi protocols: those that do not manage risk, and those that do. The tokens affiliated with the former are always at risk of being forked out. The latter less so.

Let’s consider Uniswap (which stores a lot of state!). While there are a few governance parameters—which AMM curves to support, fees splits between UNI and LPs, and how to allocate the UNI treasury—the token does not manage or backstop any risk in the system. The UNI-LP fee switch, if enabled, taxes Uniswap takers and makers. Moreover, the UNI treasury taxes all other UNI holders (acting as a form of inflation). However, on a per transaction basis, the existence of the UNI token is value-destructive to users—makers and takers—of the Uniswap protocol. The existence of the UNI token doesn’t make Uniswap the system better for makers or takers.

Now let’s consider Maker. MKR holders are the final backstop in the event the Maker credit facility becomes insolvent. In fact, it has been used as a backstop in the past in the wake of black Thursday in March 2020. MKR holders actually take on risk that they will be diluted if Maker becomes insolvent. As such, MKR holders extract fees out of the system to compensate them for taking that risk. Aave has recently moved in this direction with Aave v2, wherein the AAVE token is backstopping risk.

Perpetual Protocol and other DeFi derivatives exchanges have to manage the insurance fund as a way to entice traders to trade there. Without a sufficiently sized insurance fund, an exchange can force a clawback or auto deleveraging and take money from winning traders to compensate for losses on the other side. PERP, DDX, FST, MNGO, and other native DeFi derivatives tokens can be minted or staked and slashed in the event that derivatives trader liquidations go bust (in effect, the tokens act as an insurance fund). Given experiences with BitMEX, OKEx, FTX, Binance, and other highly levered perp venues, insurance funds are paramount.

Risk doesn’t strictly mean acting as a backstop. It is broader than that. Risk must be managed. The need for risk management is most clear in borrow/lend protocols like Compound and Aave. If these protocols allowed any form of collateral, malicious actors would deposit bad collateral, withdraw good collateral (e.g. stablecoins or ETH), and then rugpull the asset used as collateral. This would create huge losses for lenders. As such, it’s natural that AAVE and COMP holders both manage the types of collateral and other risk parameters, and that they backstop risk in the event that they mis-parameterize the system and create losses.

As a general rule of thumb, any protocol that offers leverage must have some sort of risk management. Leverage is inherently risky, and must be managed. Governance tokens are necessary to manage this risk. However, there is not much to govern if there is no leverage (e.g., UNI).

The result of this “backstopping framework” is that larger protocols whose native tokens have 1) higher market capitalizations, and 2) more liquidity, have returns to scale.

As an example, let’s imagine that a team forks Aave and creates a new borrow/lend protocol called Suaave. Let’s also assume Suaave’s creators are well capitalized and seed the system with $10B in TVL. Naturally, the Suaave creators launch a new token called SUAVE.

If both AAVE and SUAVE manage risks in their respective ecosystems, Aave protocol is likely to be the better venue for lenders. Why? Because the AAVE token has achieved a level of market cap and liquidity that is hard for SUAVE and other new tokens to replicate. As a result, AAVE serves as a better backstop for the overall system. Moreover, because of the somewhat diffuse token distribution of AAVE and the fact that the system has gone through multiple public votes and upgrades, it provides stronger social guarantees that a cartel of bad actors can’t abuse governance in a malicious way.

This creates a powerful flywheel in which the largest platform—with the token that is the most liquid and has the largest market cap—is able to attract users because it’s the safest. These new users bring capital, revenue, and TVL which increases the platform’s native token price, further reinforcing the flywheel.

This same flywheel doesn’t work for tokens that don’t manage risk or backstop the system because there is no concept of “platform safety.”

Over the long term, any token that doesn’t manage some sort of risk in the system can be forked out. This naturally begs the question: do DeFi users really care about fee extraction, and, if not, why does any of this matter?

Today, It is clear that DeFi users are relatively fee insensitive. This won’t persist indefinitely, though. As Jeff Bezos famously said, “Your margin is my opportunity.” The larger the unnecessary fee extraction, the larger the motivation for third parties to undercut/fork/take other actions to circumvent fees. In particular, we expect wallets and other front ends to do this and position themselves to their customers as acting on their behalf.

If Alice forks Sushi and creates Tempura, why would LPs stay on SushiSwap (where they only earn 25 bps instead of 30 bps on Tempura)? Of course the answer is that SushiSwap has differentiated taker flow because it has a brand. $10B ADV 25bps is a better deal for LPs than $0 ADV 30bps.

But if all the LPs move their capital to Tempura, the taker flow will naturally follow because most traders are using, explicitly or implicitly (e.g., check 1inch and then go direct to the protocol), DEX aggregators and front ends!

Over time, as more retail participants enter the space, we think they will directly interface with hyper-localized front ends that aggregate prices from many venues. The result of this is that brand value will diminish because primitives themselves don’t own the customer relationship. On top of that, sophisticated market participants do care about paying unnecessary fees. As this happens, we expect the dominant front ends to fork out purely fee extracting tokens.

The best way to justify value capture for DeFi tokens is to have some sort of risk in the system that needs to be managed.

Taken to its logical extreme, this framework suggests that some DeFi tokens—most notably UNI, SUSHI, and YFI—should consider building out new features and functions such that their respective ecosystems have some risk to manage. As the amount of aggregate risk in those ecosystems grows, they become increasingly difficult to fork.

If you’re building a DeFi protocol and are thinking about how to maximize token value capture, feel free to reach out to us via email at spencer@multicoin.capital and kyle@multicoin.capital.

Disclosure: Multicoin has established, maintains and enforces written policies and procedures reasonably designed to identify and effectively manage conflicts of interest related to its investment activities. Multicoin Capital abides by a “No Trade Policy” for the assets (other than BTC and ETH) discussed in this report for three days following its public release. At the time of publication, Multicoin Capital affiliated funds hold positions in AAVE, BTC, COMP, ETH, MNGO, PERP, SOL, SUSHI, UNI, and YFI. 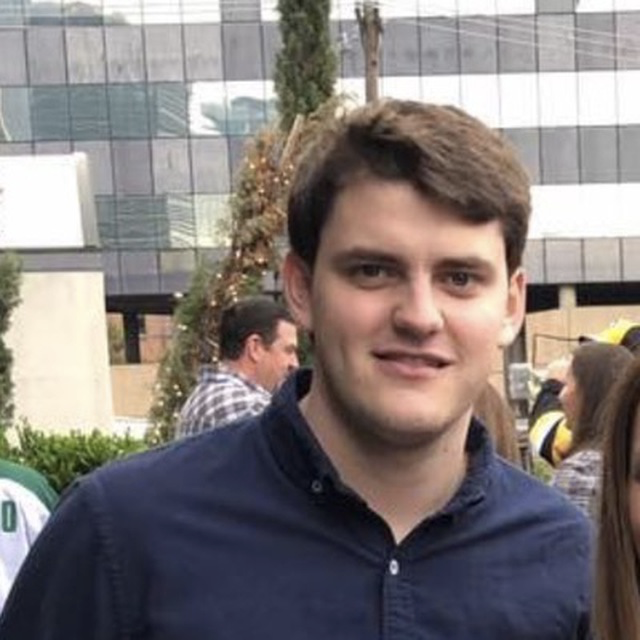