Our Investment in Helium

The Helium vision is the most ambitious we have seen in the blockchain space since the advent of smart contracts on Ethereum: Helium represents a fundamentally new approach—one with a radically reduced cost structure—to deploying and managing wireless networks at scale.

The Helium blockchain is the economic layer empowering a decentralized wireless telecommunications network. This network is currently being used not for smartphone data on 3G/4G/5G networks, but for low-power, low-bandwidth IoT devices in the Sub-GHz frequency band.

Starting today, anyone can purchase a Helium Hotspot (order one here). The setup is dead simple. Consumers plug the hotspot directly into an electrical outlet and then connect to a local network (either Ethernet or WiFi) through an intuitive, consumer-friendly iOS or Android app. Helium Hotspots provide network coverage within a radius of several miles. Because the intended use case for Helium is IoT devices relaying relatively small amounts of sensor data (e.g. no live streaming audio/video), bandwidth is limited to < 5 Kbps, which is inconsequential to the host. 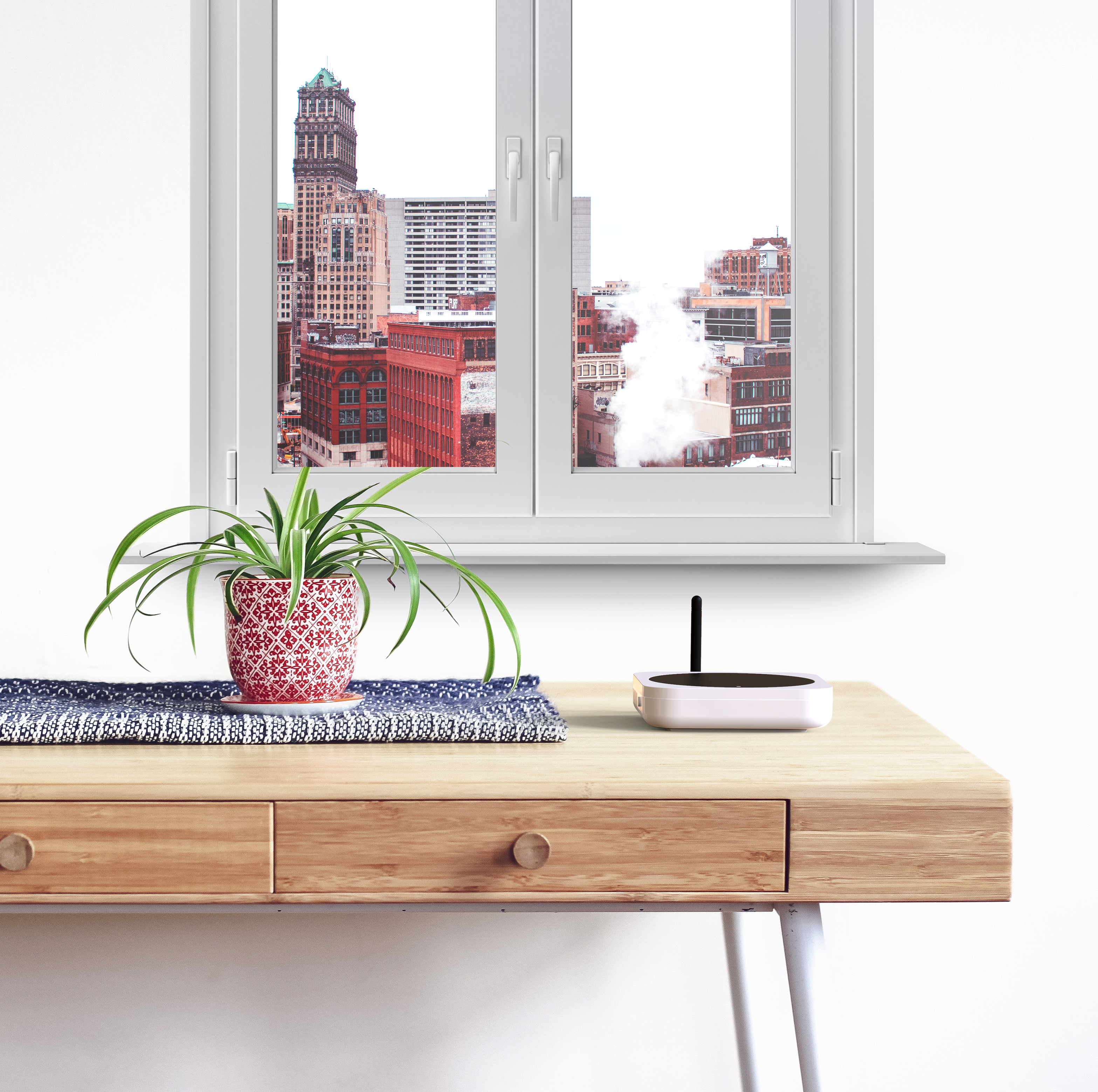 Each Helium Hotspot provides coverage using LongFi, which is an Apache licensed open source protocol in the Sub-GHz frequency band. This is a low-frequency band, meaning that these radio waves can easily pass through walls and floors of concrete. They are also extremely low power: IoT devices implementing the LongFi protocol can be thousands of times more battery efficient per bit than LTE. This means that IoT devices implementing LongFi can use coin-cell batteries and still achieve battery life measured in years.

Using the LongFi protocol, any device can broadcast a message within the coverage area of the Helium network and have their message relayed to the destination (typically a web server) of their choice on the public internet for a minuscule fee. IoT devices and hotspot operators do not need to establish any formal relationship prior to usage of the network. Instead, IoT devices reward hotspot operators on a per-byte basis. As an IoT device moves through the world, the device will reward many different operators.

The implications of this are profound. I cannot emphasize that enough. This means that the same IoT device can work anywhere in the world without needing to have a relationship with AT&T, Vodafone, or any other cellular carrier. Today, the most cost-effective IoT data plan from a network incumbent charges $2.50 per month per device just to access their respective networks. This is far too expensive for the vast majority of IoT use cases which generally require thousands of devices per metropolitan area.

Costs on the Helium network are expected to be 90-99% lower for the vast majority of IoT use cases, dramatically reducing the barrier to connectivity and unlocking many new IoT use cases that depend on global, inexpensive internet access.

Why does Helium need a blockchain?

The business model of deploying large scale IoT networks has been the Achilles Heel of the IoT vision. There have been many bespoke, local-scale deployments of IoT networks over the last decade around the world: enough such that independent researchers have formally studied them to understand what works and what doesn’t. These studies have concluded what Helium already figured out: the centrally managed, top-down business model of building, owning, and managing a new wireless telecom network is economically unfeasible.

By using a blockchain to coordinate economic incentives, Helium is able to deploy this network with far less capital than a centralized company. In order to understand how Helium aims to undercut the cost structure of existing cellular networks, we need to first consider the existing cost structures of the legacy model:

Because all of this needs to happen before the network can produce any revenue, traditional telecom companies are extremely capital intensive.

Helium will succeed by inverting the cost structure:

The result is that the Helium network is an order of magnitude less expensive to build, deploy, and manage. And it’s impossible to compete with: the network actually benefits as Chinese manufacturers build cheaper hotspots. Moreover, Helium Inc. itself could disappear, and the network would continue operating.

What kind of applications become possible with a globally available, inexpensive, and battery efficient wireless network? Some examples:

Pet tracking: Current pet trackers leave a lot to be desired. They’re expensive - typically at least $20 per month - and battery life is measured in hours or days. A Helium-enabled pet tracker will have a battery life measured in years and likely cost less than $1 per month to operate. The pet tracker use case is huge; there are 90M dogs and 96M cats in the US alone. This one use case is likely large enough to economically motivate the rollout of the whole Helium network.

Smart city infrastructure: Wouldn’t it be cool if public trash cans had sensors that measured how full the bins are, and would notify the sanitation department as necessary? This is impossible on traditional cellular networks because of battery and cost constraints. This has already been piloted on a number of college campuses over the last few years and there is a clear appetite for this type of infrastructure. We expect IoT sensor density to explode once cities know they can inexpensively measure all kinds of data around the city in real time. Imagine fire sensors which don’t need a hardline connection, traffic sensors on every intersection to intelligently route emergency services or even intelligently control traffic signals to reduce travel times. The smart city vision is predicated on something like the Helium network.

Micro-mobility devices: When a Lime/Bird scooter or Jump Bike runs out of battery, they are frequently lost. Because the LongFi chips require such little battery, scooter companies can install a second dedicated coin cell battery just for the LongFi chip, guaranteeing that they can find scooters and bikes in the wild long after the primary battery dies. They can also transmit data beyond location on the Helium Network, eventually removing the need for cellular connectivity on these devices completely. Helium today announced Lime is currently testing these chips in scooters right now in San Francisco.

Smart pill bottles: Patient medication adherence costs hundreds of billions of dollars in the US alone. Smart pill bottles that remind patients and their caretakers if any medications have been missed are an obvious part of the solution. With current designs, patients (many of whom are senior citizens) are required to connect their “smart” pill bottles to their home WiFi or phone’s Bluetooth because it would simply be too expensive to connect each pill bottle to cellular networks. The status quo is difficult, unrealistic, and a terrible user experience. But, because the cost of both LongFi-compatible chips and data on the Helium network are so inexpensive, smart pill bottles can remove the difficult setup process which has historically reduced patient compliance. Using Helium, smart pill bottles don’t require any configuration or setup by patients. A smarter, more cost-effective wireless network could literally save lives every day.

There are many more use cases for the Helium Network, most of which haven’t even been imagined yet.

Helium is the largest private investment we have made, and we expect to continue to invest in this ecosystem for the years to come.